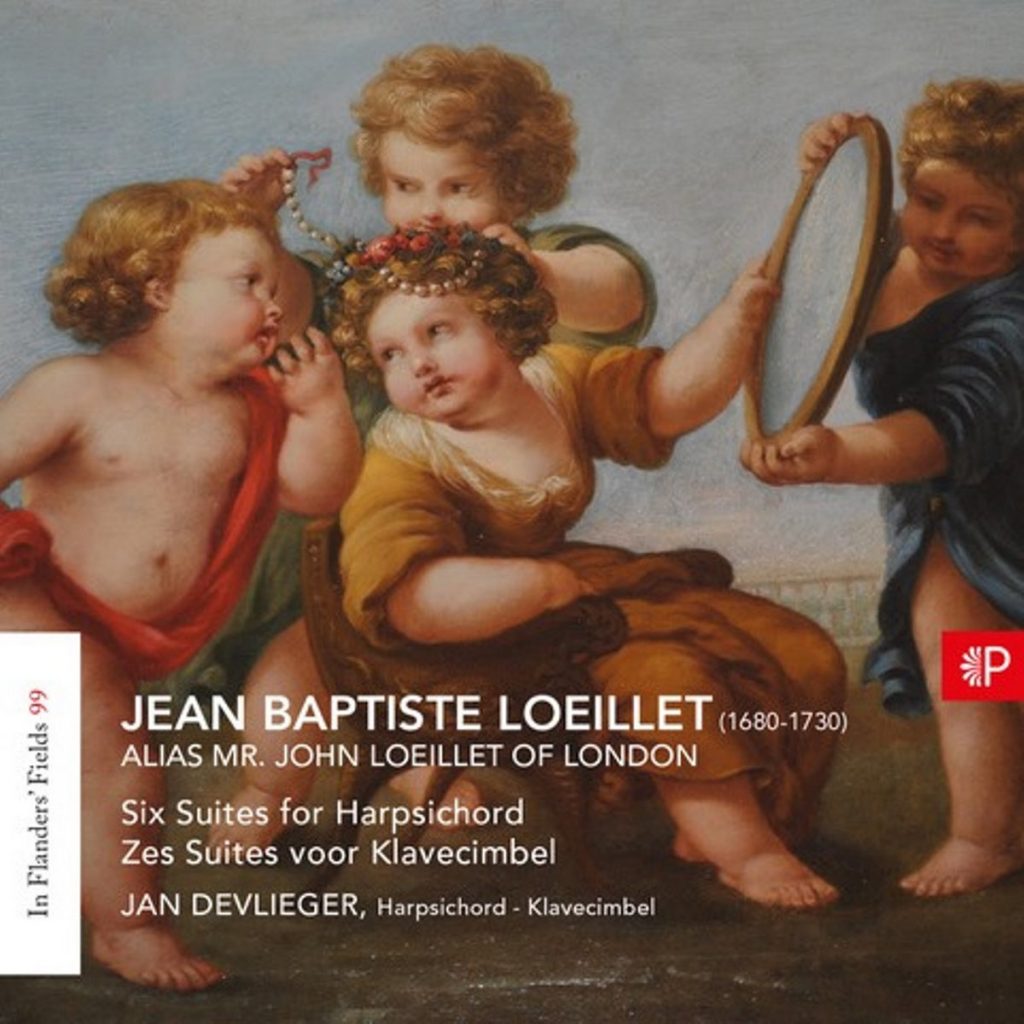 Barry Brenesal,  Nov/Dec Fanfare 2018, USA: ‘I have no qualms in recommending this album both for the charm of its music, and the skill of its performer’

The six suites included on this disc were first issued in 1723. There are no “English movements,” the keyboard writing is intended for an advanced student, and the music is both more complex in structure and international in style than the earlier works. We might speculate that changes in Loeillet’s career are responsible for the
major differences between these two books of “lessons.” With the earlier set, he may have sought to reach the largest possible audience among students with only basic instruction on the harpsichord. By 1723, on the other hand, he was no longer the best-paid oboist for hire on the London scene (and frequently the best-paid
member of whatever orchestra employed him), but a concert organizer and conductor of some regard in his adopted London, as well as a harpsichord teacher in demand among the nobility and wealthy middle class. When five musicians were invited to test a new organ installed at St. Dionis Backchurch, Loeillet was among
this distinguished group that also included Händel and Croft. His six harpsichord suites of 1723 were a teaching aid for his students, self-advertisement for his instruction, and music worthy of displaying one’s talents—either in private or before company. The sophistication of his intended audience may also be a factor contributing to the suites’ range of styles. A virtuosic Italianate gigue
concludes each six movement set. Of the other five movements, four are dances common to suites of an earlier period: allemandes, courantes, sarabandes, and menuets. They were out of date by then on the continent, but
the music Loeillet supplies is varied, and usually French-influenced.
There are exceptions, such as the bel canto theme and galant manner of the Sarabande in A, and the toccatalike textures of the Courante in G Minor. An occasional movement also provides an English folk influence, such
as the Aria in A, and the Sarabande in F. Some of the pieces stand out by virtue of distinct character, such as the tarantelle-like Gigue in G Minor, the Aria and Double in A with its crabwise progressions, and the dashing
Courante in D that plays a game of two-against-three. Yet everything here is entertaining, with enough irregular phrasing and metrical diversity to convey an impression of affable, ever-shifting wit.
I’ve encountered Jan Devlieger on disc once before, in a set entitled Five Centuries of Flemish Harpsichord Music (Phaedra 92089; Fanfare 39:4). There I found him both stylistically informed and capable of phrasing
flexibly. Much the same is true, here, and he easily surmounts the technical hurdles Loeillet supplies. Devlieger leaves himself enough room to ornament repeated sections, and does so sensibly. I admit to finding his double manual Flemish instrument with ravelment after Ruckers, built by Andrew Woodeson, a bit monotonous and overly rich in tone in the album’s 36 selections, and could have wished for a lighter instrument (rather than just a lute stop) in some of the gavottes, menuets, and other, more reflective dance movements. Fortunately, the
engineering is top-notch. The overtone series is fully conveyed, and the ambient sound dry enough to let every note make its proper impression. I have no qualms in recommending this album both for the charm of its music, and the skill of its performer.

‘That the Flemish label Phaedra likes to advocate the music of the creative minds of its own region is something you knew already. Likewise that this has already yielded
a large number of sublime issues: the series Flanders Fields by itself numbers nearly one hundred CDs. A new addition to the series can be announced: CD number 99, which features six harpsichord suites of a Flemish composer virtually unknown
in our country (The Netherlands), Jean Baptiste Loeillet, a.k.a. Mr. John Loeillet of
London. They are played by Jan Devlieger, who also provides the detailed information in the booklet. The Loeillets were eminent Ghent family of musicians that flourished quite a while ago: Jean Baptiste (a.k.a. John of London), Jean‐Baptiste (a.k.a. Jean de Gant ‘John of Ghent’) and Jacques (James). Both aliases proved useful, in view of the identity of the given names. Yet that has not prevented the music of both brothers named Jean-Baptiste – magnificent chamber music, by the way! – being confused, even until today. The London one was the only one who wrote keyboard music as well. London saw the publication by Jean Baptiste (the one who worked and died there, in 1730) of two volumes of music for the harpsichord or the spinet. The first volume, dates 1712, clearly owes a debt to Henry Purcell and John Blow (I am quoting Devlieger), whereas the second published in 1723, reveals a more personal style, combining a great deal of “French grandeur and elegance, Italian velocity and lightness”. The six 1723 suites recorded on this CD show this to perfection; additionally they haven’t recorded before. So this is a premiere!
Splendid music, played with insight and with excellent taste by a top harpsichordist,
recorded in masterly fashion. Devlieger plays an instrument built by Andrew Wooderson (Bexley, Kent, UK; 2011) from his own collection. To sum up, this is a most important asset to any collection.

Dr. Bradley Lehman, Sep/Oct 2018, American Record Guide
:Jean Baptiste Loeillet (1680-1730) was born in Ghent, but spent most of his professional career in London. (…) This set of six suites (1723) was the second of his two published books for harpsichord. The style is more Italianate than French. (…) Jan Devlieger plays reliably. (…) His melodic ornamentation is elegant and sounds natural. (…) The music is attractive. I do not know of any other recordings of this complete set of suites. (…)